Last night I was visited by my mom in a dream.  It was one of those vivid dreams where I felt I could reach out and touch the surroundings and remember colors and whatnot.

I remember that Mom was in China, living her solitude life after Dad passed, which is odd because she passed four months before him.  I wasn't with her the entire time of the dream.  Part of it was like I was observing her from afar.  She had a quaint life there, one that you would expect if you were a senior citizen in China. Alright, maybe a more romantic version of life in China.  Never the less, there she was, strolling through gardens with beautiful blooming Sakura trees.  Sitting on benches as she read her book. Meandering over to a market to get some food to either eat there or take home to cook for herself.  It was pleasant.

I do remember a conversation where she told me about an upcoming wedding in the family and that she was excited. The conversation was short though.

Back home without mom, Jerry and I were attending some event, and suddenly two Chinese men approached me and started talking.  They had mentioned my mom and how we were all going to be family soon.  I looked puzzled and asked them how and they said the wedding. I confirmed they were talking about my niece's wedding and they continued to talk about how fortunate it was that we were all going to be family.

I woke up after that.

It was nice seeing my mom.  She looked happy in my dream.  A little sad that maybe that Dad wasn't with her, but she was getting along.

It was good to see her. I miss her and Dad a bunch.

Thank you universe for the Mom movie!

Popular posts from this blog 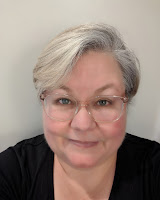 The fear of cancer rearing it's ugly head is always present.  I have been having some pain in my remaining kidney.  That on top of a doctor telling me that he is worried about my kidney lab levels has me freaked. I set up an appointment with the doctor who removed cancer almost a year ago, and he reassured me that my levels, for only having one kidney were decent.  He did set me up for a CT scan which I did,  but had to wait two weeks for the doctor to tell me the results. Today was my appointment to get my results. The kidney is not compromised!  Doing well.  No enlargement. So my pain must be something else.  It's funny because this past weekend there were a few days where I didn't have any pain.  I have been hydrating myself better.  When talking to the doctor today, he said that he wasn't any kind of an expert in back pain and I mentioned how it feels better when I'm well hydrated, and he said that when we become dehydrated, any issues we have, rear their
Read more

- September 19, 2021
I'm having a hard time right now. I was out for 10 days with an infection in my leg followed by a reaction to Bactrim. Work is bumming me out. I'm alive and Jerry makes me laugh so I'm grateful for him.
Read more

- August 30, 2021
I'm barely hanging on at work. With the vacancies, schedules, and COVID I just want to quit. I'm grateful that I'm alive and that's about as good as it's going to get for now.
Read more